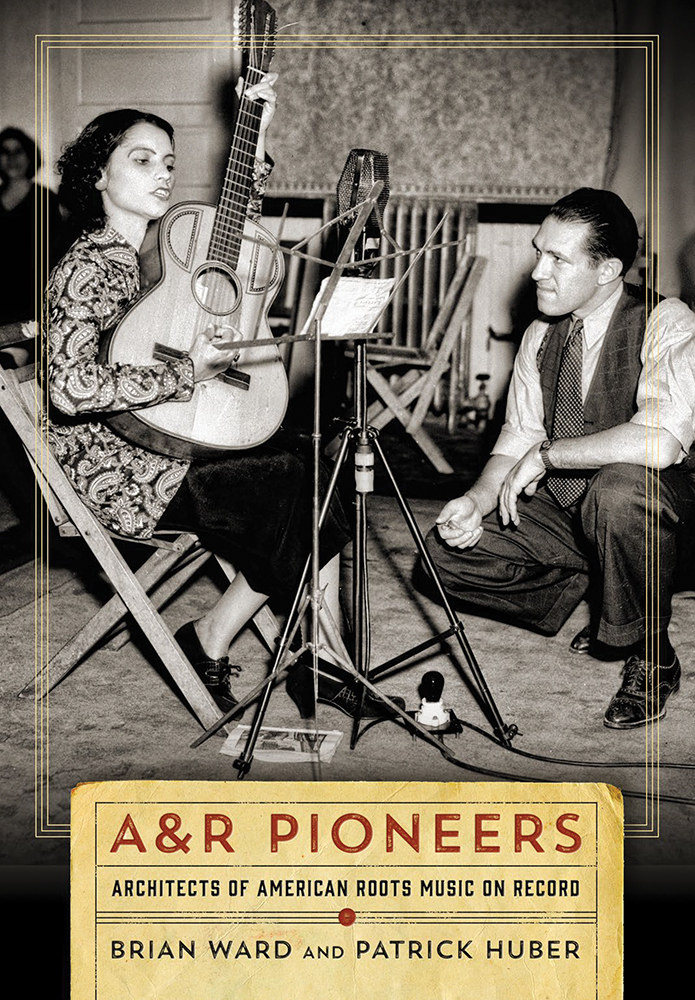 A&R Pioneers offers the first comprehensive account of the diverse group of men and women who pioneered artists-and-repertoire (A&R) work in the early US recording business. In the process, they helped create much of what we now think of as American roots music and established the basic structure and practices of the modern music industry.

From the American Library Association’s Choice review of A&R Pioneers:

In the 1920s and 1930s, A&R (i.e., artist and repertoire) workers in the record industry traveled the US seeking talented regional artists to record for their labels. This meticulously documented book is about those promoters, whose efforts disseminated local music not only to the whole country, but eventually to the whole world. Ward and Huber present profiles of both well-known and little-known promoters whose work was significant. . . . Valuable because it focuses on numerous promoters and companies rather than just one, this volume will be particularly useful for those interested in the music business. Highly recommended.