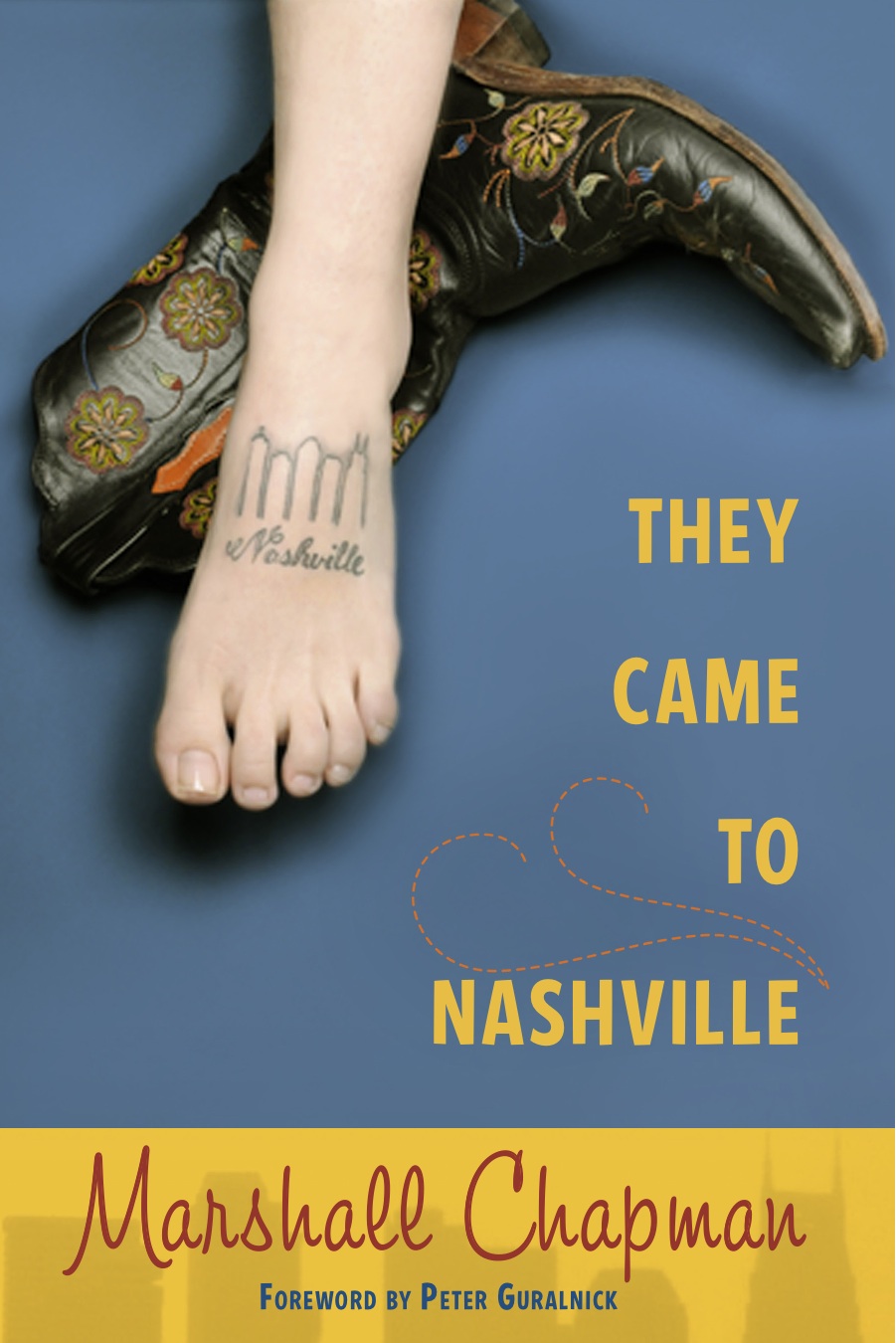 Our country music playlist series comes to a close with today’s playlist (below), which takes its inspiration from They Came to Nashville by Marshall Chapman.

In They Came to Nashville, Chapman—a musician, songwriter, and author with nearly a dozen albums and a bestselling memoir—captures the personal stories of musicians who have shaped the modern history of music in Nashville. Their tribulations and triumphs are revealed against the backdrop of an always-evolving Music City, as Chapman sits down with influential figures like Kris Kristofferson, Emmylou Harris, Miranda Lambert, and a dozen other successful musicians, to ask what brought each of them to Nashville and what inspired them to persevere. The book culminates with Chapman’s hilarious and determined effort to schedule a proper interview with Willie Nelson. Instead, she’s brought along on Willie’s raucous 2008 tour and winds up on stage with him in Texas singing “Good Hearted Woman.”

In the Prologue to the book, Chapman explains what drove her to ask the fundamental questions of They Came to Nashville:

Because Nashville is a music center—like London, New York, Austin, and Los Angeles—it has always been a magnet for dreamers, iconoclasts, poets, pickers, and prophets from all over. I’ve lived here forty years and can count on one hand the number of natives I’ve met. It’s true. The great majority of us are from somewhere else.

Lately, I’ve been thinking a lot about this—why anyone would pick up and leave everything they’ve ever known to pursue a dream. What were they looking for? What were they running away from? What did they imagine would happen?

When you’re young, you don’t think about it. You just do it. Now that I’m older, whenever I think back to the young girl I was—inexperienced but ready, innocent, wild, and full of dreams—I’m amazed at the energy and gumption it took to pursue this path I’ve chosen.

Over the past few years, whenever I’ve found myself at a dinner party or just kicking back with artist/musician friends, I can’t help it. I start asking all sorts of questions, encouraging them to talk about what brought them to Nashville.

These are the stories.