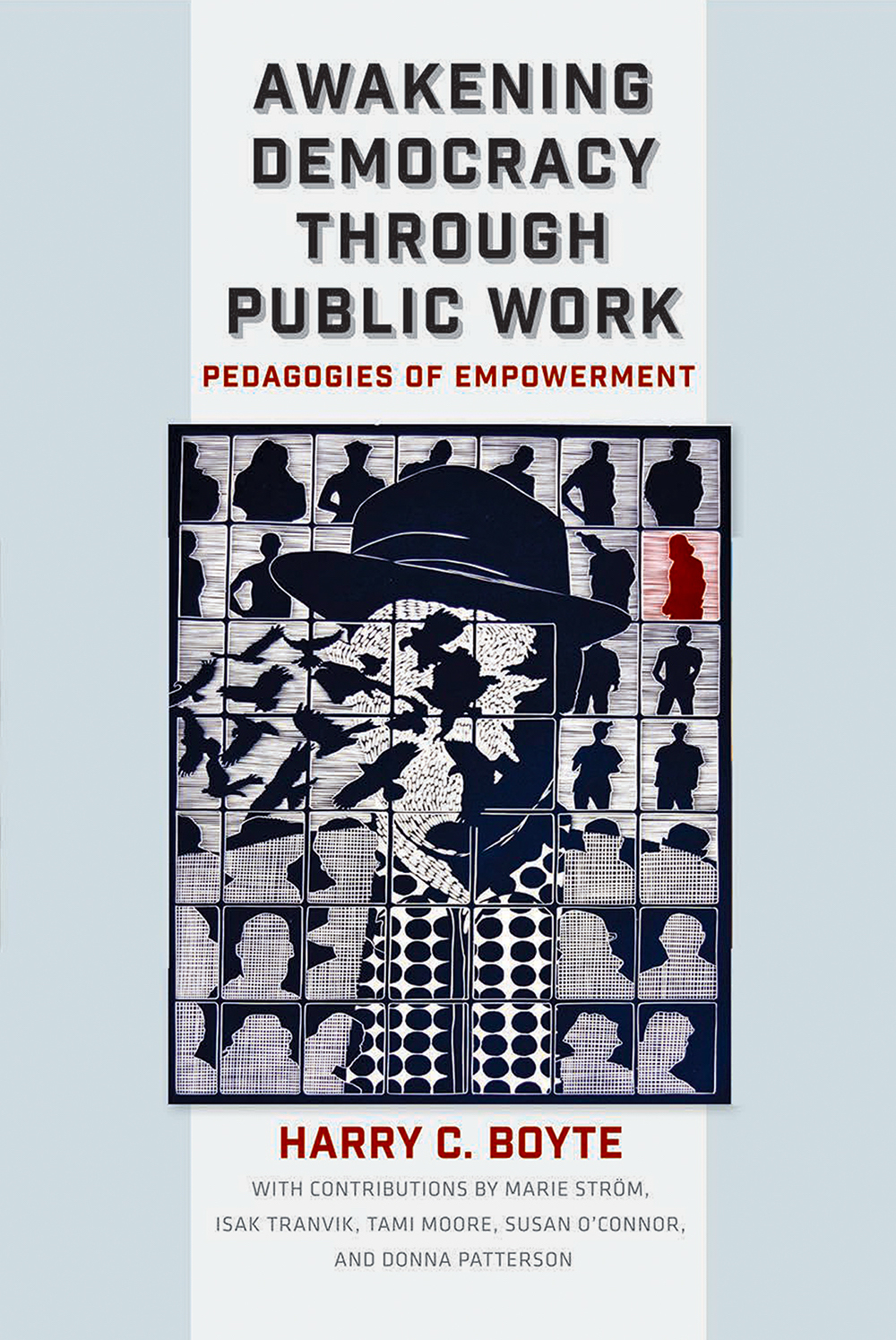 In the spirit of today’s theme for the University Press Week blog tour—How to be a better (global) citizen—we’re taking a close look at our book Awakening Democracy through Public Work: Pedagogies of Empowerment by Harry C. Boyte, with contributions by Marie Ström, Isak Tranvik, Tami Moore, Susan O’Connor, and Donna Patterson.

Awakening Democracy through Public Work offers a story of hope about a movement, centered around the concept of “public work,” that empowers people to think of themselves as active citizens who can improve their communities and participate in everyday, meaningful acts of democracy.

The book tells the story of Public Achievement, a youth civic education and empowerment initiative that Boyte and his contributors have developed into an international network. In Public Achievement, young people practice “citizen politics” as they tackle issues ranging from bullying, racism, and sexual harassment to playground improvements, curriculum changes, and better school lunches.

Awakening Democracy also explores other powerful examples of public work—including in education, health, and government—throughout the world, in areas such as Poland, Azerbaijan, Japan, Ghana, and the Gaza Strip.

In the face of authoritarian, divisive trends, when politics-as-usual is stymied, the book shows that it’s possible to build foundations for a democratic awakening grounded in traditions of a citizen-centered commonwealth.

In the Introduction to Awakening Democracy through Public Work, Boyte describes the experiences that shaped his views on active citizenship, from the formative time he spent in the 1960s working as a field secretary for Martin Luther King Jr. and the Southern Christian Leadership Conference. Here, Boyte talks in particular about the hundreds of citizenship schools founded across the South by activists during the civil rights movement:

I was schooled by these citizenship schools and their vision. They prepared people to fight for “first-class citizenship.” People knew government was a necessary if often reluctant ally, but the schools also taught people to be self-reliant, using their skills to solve local problems and to improve local communities, not looking to outsiders to fix things. The movement combined the struggle for racial justice with the work of civic construction. It also generated what can be called “citizen professionals” on an enormous scale—professionals who saw their work in terms of public contributions to the freedom struggle, community building, and the advance of democracy, broader than their specific disciplines.

In the process, people debated the meaning of citizenship. A rough consensus emerged: citizenship is not simply legal status nor is it defined merely by relationships with government. The citizen is someone who solves problems, takes responsibility for building communities, and believes in democracy. Put differently, the citizen is a “co-creator” of communities. We didn’t use the term co-creator until it became part of [Public Achievement] in the early 1990s, but the idea that democracy is a work in progress ran throughout the movement. The goal, according to Septima Clark, architect of the citizenship schools (Martin Luther King called her the “mother of the movement”), was “broadening the scope of democracy to include everyone and deepening the concept to include every relationship.”

Boyte goes on to explain the concepts of citizen politics and public work, and how they shape the work that he and others do through initiatives like Public Achievement:

Citizen politics is relational, empowering, down-to-earth, and oriented to problem-solving, not partisan conflict. It is also elevating, reviving the idea of citizenship in which the point is to live and work nonviolently in a pluralistic civic world, where the marketplace and government are resources but not the center of the action. In one sense it is intensely local, stressing grassroots democratic action. It also reframes strategies for change by emphasizing that the most important task in a troubled world is developing people’s civic muscle, a task involving visionary and conceptual work and large-scale political alliance building as well as grassroots civic organizing. [. . .]

Public work—sustained, uncoerced effort by a mix of people who create things of lasting civic or public significance—makes work more public in several different ways. Work is done in more open and “public” fashion. It is undertaken by a mix of diverse people: “a public.” It is filled with public purpose. Public work is an approach to citizenship in which citizens are co-creators, builders of the common world, not simply voters and volunteers who fit into that world or protesters who oppose it. Democracy itself is a way of life, not simply elections, and it is built through civic labors in a myriad of settings.

One of the many examples of transformative public work that Boyte offers in Awakening Democracy is a sustained effort by students at a grade school in Saint Paul, Minnesota, to build a playground in place of a parking lot. As Boyte explains, students worked together and learned how to navigate local systems of power to bring about change, skills that they would continue to use in their communities long after construction on the playground began:

Children and adults alike had long been concerned about the lack of a playground. Students at Saint Bernard’s spent recesses in a parking lot. “I saw a lot of kids get hurt,” [student Joe] Lynch explained to a reporter for the St. Paul Pioneer Press. “I saw a girl get a concussion. It was pretty boring too. We played kick ball but usually the ball went into the neighbor’s yard.”

Parents had tried to build a playground a couple of years earlier but backed down when neighbors voiced opposition, fearing it would be a magnet for vandalism and gangs. The children took on the work themselves. “By the second year I knew it would happen,” Lynch remembered.

How it happened is the most important part of the story, about empowering civic skills and habits learned through practice. Years later, Joe’s younger sister Alaina, who also worked on the playground, remembered the overall lesson. “It was a ‘no-brainer’ to have a playground for kids instead of an old lot, but that didn’t mean that making it happen was straightforward,” Alaina explained. She learned about city politics. “Public Achievement opened my eyes to the processes of government—petitions, connecting with the city council, commenting, obtaining permits. [These were] not things I would have thought about as a ten- or eleven-year-old otherwise.” She also learned about neighborhood politics. “I learned there are multiple sides to every idea. Even something that seemed straightforward to me could have negative ramifications from another point of view.” For her, the gang issue was “not a huge concern. The neighborhood gangs would hang out in the empty lot.” But others saw it differently. “We had to demonstrate that we had a plan for mitigating any risk—a fence, with the playground closed after certain hours.” She learned about different perspectives and also “about compromise.”

The teams got the parish council on their side. They negotiated zoning changes with city officials. They raised more than $60,000 from local businesses in the North End Business Association and other groups. To accomplish these tasks, the children learned how to interview people, write letters, give speeches, and call people they didn’t know on the phone. They worked to understand the views of adults they originally thought were opponents. They mapped power, did research, and negotiated. Throughout, they had a sense that their efforts were public work, suggested in the name young people chose for the park: Public Achievement Works. They also learned political concepts—power, interests, and politics itself. “For most of my life, I’ve wanted to get involved with politics,” said Jeremy Carr, a pioneer of Public Achievement. “When [Public Achievement] came around and I found I could do the stuff I wanted to change—and got adults to treat me seriously—I got excited.”

To read more about citizen politics and public work, check out Awakening Democracy through Public Work. You can even preview the book further here.