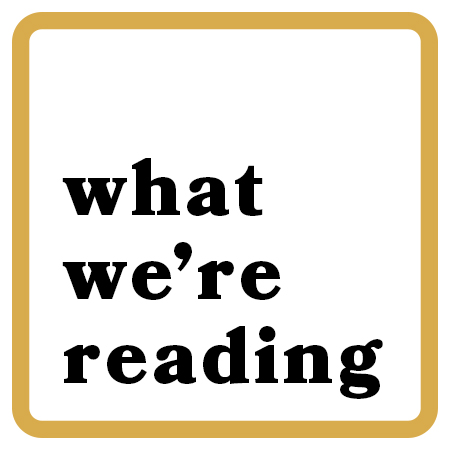 With so many staying home to try to help #FlattenTheCurve during the COVID-19 crisis, we at Vanderbilt UP wanted to share a list of books we’ve been reading and enjoying lately as we all shelter in place. We hope you are healthy and safe and able to take some time for reading.

“Among other things, I’m reading Erin Graff Zivin’s Anarchaeologies, which Vanderbilt UP was supposed to be displaying at the Latin American Studies Association annual meeting in May for Fordham UP and which I pinched from the office when we couldn’t.” —Zack Gresham

“The large size of my TBR pile is finally an asset, not a limitation, in this time of reclusivity. I am currently reading Jia Tolentino’s Trick Mirror. Like her writing for the New Yorker, Tolentino’s essay collection focuses on the ways that our identity is complicated, inextricable from, and reinforced by our social fabric. The lead essay looks at how social media has amplified our ability to be inconsistent and self-reverential, with the internet as a continual performance of values we would like to be associated with, not who we in fact are (cue Goffman, who Tolentino invokes with care). A piece on the rise of athleisure and barre exercise classes finds the ideal of womanhood in its crosshairs. Jia’s own story of being cast on a reality television show as a teenager provides more evidence of how we stage ourselves for an ever-expanding audience.” —Gianna Mosser

Race Against Time: A Reporter Reopens the Unsolved Murder Cases of the Civil Rights Era

“I just finished Jerry Mitchell’s Race Against Time. It’s a super interesting look at how one reporter can help shape police investigations and even help bring cold cases to trial. But I wish he’d taken a step further back in his view of these cases and asked how they are tied together and whether he’s accounted for all the facts. For instance, Medgar Evers’s killer, Byron de la Beckwith lived in Chattanooga for a long time. Why? How does a Mississippi guy end up hiding in Chattanooga? How and why is he friends with the police? But as an introduction to these kinds of crimes and the difficulties in solving them, it was really great.” —Betsy Phillips

Union Democracy: The Inside Politics of the International Typographical Union

“An overview of the once-great ITU, one of the largest and most influential unions in the history of the United States.” —Drohan DiSanto

We Have Always Been Here: A Queer Muslim Memoir

“I recently finished reading We Have Always Been Here by journalist and photographer Samra Habib. It traces Habib’s experiences as a young Muslim and queer person growing up in Pakistan and Canada, searching for a sense of belonging and the security to fully embrace who she is. It’s a moving look at being true to oneself, and at the complexities of family, reconciliation, and faith. The title comes from something an interviewee, a transgender Muslim woman from Tunisia named Zainab, once said to Habib: ‘We have always been here, it’s just that the world wasn’t ready for us yet.’” —Jenna Phillips

“I’m currently on N. K. Jemisin’s Broken Earth trilogy. I’m about halfway through the third and final member of the trilogy: The Stone Sky.” —Jonathan Gardner

The City We Became

“I just finished The City We Became, N. K. Jemisin’s brand new book. It was pretty amazing, and I stayed up way too late last night finishing it. There’s a review in the New York Times. The cover is insanely cool, with spot-gloss tentacles that you can see when you tilt the book in the light. There was a Twitter post from Jemisin that showed it off, but I can’t find it now. I did, though, find this tweet—apparently you can do cool augmented reality stuff with book covers now! Next up is We Ride Upon Sticks by Quan Barry, for the Fantastic Strangelings Book Club.” —Joell Smith-Borne