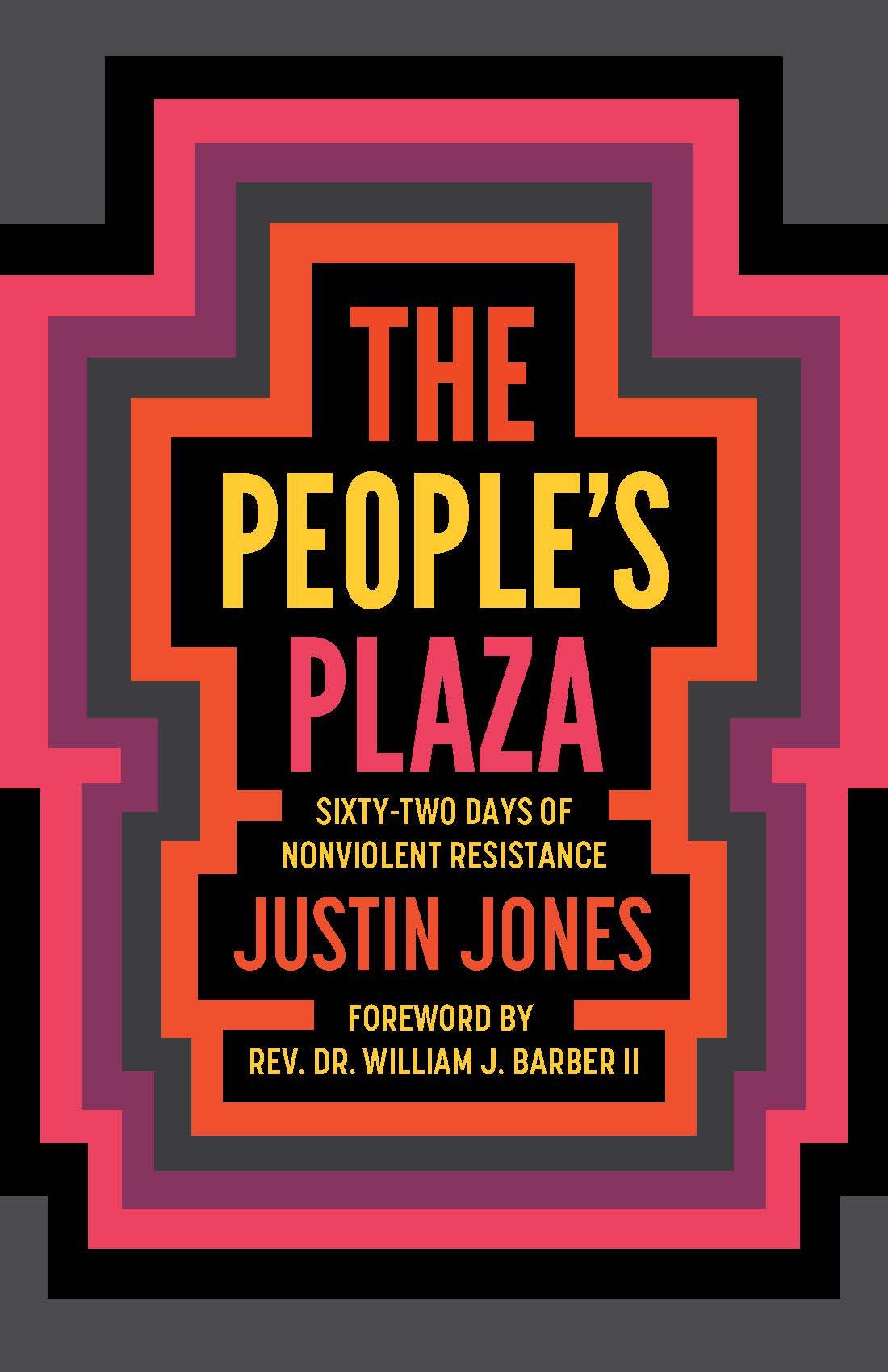 Join us as we celebrate the launch of The People’s Plaza: Sixty-Two Days of Nonviolent Resistance with author Justin Jones at Fisk University!

About The People’s Plaza: From June 12, 2020, until the passage of the state law making the occupation a felony two months later, peaceful protesters set up camp at Nashville’s Legislative Plaza and renamed it for Ida B. Wells.

Central to the occupation was Justin Jones, a student of Fisk University and Vanderbilt Divinity School whose place at the forefront of the protests brought him and the occupation to the attention of Tennessee state troopers, state and US senators, and Governor Bill Lee. The result was two months of solidarity in the face of rampant abuse, community in response to state-sponsored terror, and standoff after standoff at the doorsteps of the People’s House with those who claimed to represent them. In this, his first book, Jones describes those two revolutionary months of nonviolent resistance against a police state that sought to dehumanize its citizens.

The People’s Plaza is a rumination on the abuse of power and a vision of a more just, equitable, anti-racist Nashville—a vision that kept Jones and those with him posted on the plaza through intense heat, unprovoked arrests, vandalism, theft, and violent suppression. It is a first-person account of hope, a statement of intent, and a blueprint for nonviolent resistance in the American South and elsewhere.

“This book offers our movements the chance to have an intergenerational conversation about the world we need and how we can get there together.”
—from the foreword by Rev. Dr. William J. Barber II

“Justin Jones is a true leader and the most noble of humans. We are lucky to have him walking with us.”
—Ann Patchett

“The sixty-two days in this book are at once a reflection of, a prayer for, and an indictment of America in the twenty-first century.”
—Learotha Williams Jr., coauthor of I’ll Take You There: Exploring Nashville’s Social Justice Sites

“This book beautifully chronicles the inspiring story behind The People’s Plaza, as well as the courageous and unrelenting people behind it. It is young people like Justin that are continuing the legacy of our Civil Rights heroes of the past. The future is safe in their hands.”
—Zulfat Suara, Metro Nashville Council Member At Large

About the author: Justin Jones is an activist, graduate student, and community organizer in Nashville. He came to Fisk University in 2013, where he received the John R. Lewis Scholarship for Social Activism. Inspired by its legacy of the student-led movement for civil rights, Jones became involved on campus and in community groups and spent the past nine years in Tennessee organizing campaigns for the expansion of healthcare in Tennessee, the repeal of restrictive state voter ID laws, the removal of Confederate monuments, and community accountability in cases of police violence.